It’s an age-old conundrum that haunts Google searches and resume edits to this day. Is it a Bachelor degree or a Bachelor’s degree? Bachelors or Bachelor’s? Does it need to be capitalized? What does it even mean? What’s the difference between a bachelor’s degree in arts and one in sciences? To answer those questions, here’s a quick guide to get the etymology straight.

The first thing that needs to be said when talking about whether it’s bachelor or bachelor’s is, it depends. I know this confuses an already very confusing situation, but that’s the truth. It depends on what you’re saying, how you’re using it, and who you’re referring to.

Think of it like this. It isn’t just a degree by itself, disassociated, floating around in space. It belongs to someone. Every degree is connected to a person. So, if you’re saying someone has a degree, you need to specify it’s a degree that belongs to the ‘bachelor’. It is a ‘bachelor’s degree.’

The degree belongs to a ‘bachelor’ if it’s the lowest level of higher education. Is it a master’s degree? Is it a doctorate? If not, then it must be a bachelor’s degree.

However, just to make things a bit more interesting, there are exceptions. You’ll know these when you see them, as long as you remember these only occur in a formal title.

A way to think of it that might help, is that in this case, the degree doesn’t belong just to you. It’s part of a wider designation. Kind of like your hometown. There are other people from the same town as you, so you’re just telling someone that you are part of a group that’s attained this specific type of bachelor’s degree.

Another exception is if you’re referring to multiple graduates of bachelor’s degrees. Then, of course, it won’t be singular, but it will still be possessive (in most cases). For example, “The entire class of bachelors’ degree graduates was ready for graduation.”

A helpful tip to keep in mind is that capitalization often goes with no apostrophe. A formal title of a degree means it isn’t possessive. It isn’t exactly clear where this grammatical convention came from, but that’s just the way it is.

Just remember, if it’s a non-specific reference to the fact you have a ‘bachelor’s degree’, it’s singular, possessive, and non-capitalized. But, if you’re listing a specific degree’s title on your resume or in a reference, it’s singular, non-possessive, and needs to be capitalized. Another helpful tip is to check your diploma (if you have it). It should have the full, official title of your degree on that.

If you’ve spent any time around an institution of higher education, you’ll notice there are two types of bachelor’s degrees – a Bachelor of Science degree and a Bachelor of Arts degree. Why are degrees grouped into these two types and what’s the difference between them?

There are no major differences to the degrees other than their designations. Both require a similar amount of class credits and include a mix of classes focused on a student’s major, as well as general education requirements and electives.

Generally, the chosen major of a degree determines the type of classes a student will be taking over the course of earning their degree. General education requirements may also be determined to some degree by the type of bachelor’s degree a student is earning. If it’s designated as a Bachelor of Arts degree, classes that develop critical thinking and research will bolster skills needed for a student to succeed in their chosen field. If a student is working towards a Bachelor of Science degree, their classes should aim to develop problem-solving and analytical skills.

What Does ‘Bachelor’ Mean, Anyway?

When used to refer to a level of higher education, ‘bachelor’ denotes a preliminary, or first-level degree. Traditionally, a bachelor’s degree was the lowest level of education available at colleges and universities. Once a student had attained a bachelor’s degree, they then had the option of moving on to attain the degree of master or doctor.

The word ‘bachelor’ itself is derived from the Latin baccalarius and refers to someone from the lowest tier of medieval Europe’s feudal class. Scholars think that none other than Geoffrey Chaucer (of Canterbury Tales fame) was the first person to use the term ‘bachelor’ to refer to education, in the year 1386.

Hopefully, this guide was helpful in clearing up the chronic confusion that understandably exists around the term, bachelor’s degree. You’ll now have the proper grammar when referring to the degree you’ve obtained and listing it on resumes and applications, which will be a big help when the time has come to put your bachelor’s degree to use.

Lastly, another quick tip is that associate’s degrees and master’s degrees follow basically the same grammatical rules. So now you’ll be set to earn a degree, and know how to tell others about it! 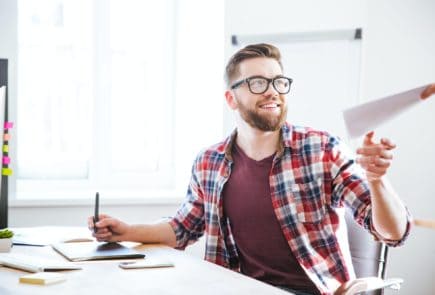 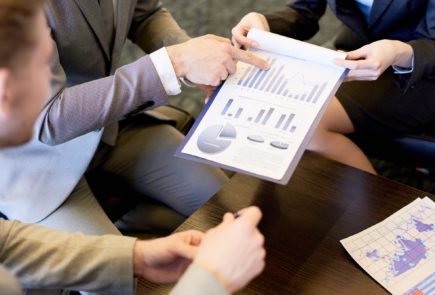 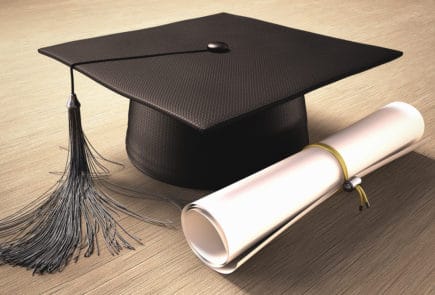