Best in class? Why college rankings are controversial

10 Best Majors for Getting Into Law School

There are many paths to the top of the mountain. This old proverb is especially true when it comes to getting into law school.

LSAC publishes a list of all the enrollment majors on a yearly basis. What’s important to note about these lists is that they ONLY indicate popularity and the number of candidates that apply. It does not imply that one major is better than the other for preparing students for the LSAT or law school.

Notice how all majors have students that have those abilities? No single major can claim they have a monopoly on those attributes.

What do law schools want in a student?

Law schools want students from a wide variety of backgrounds and majors. Because of this, if you’re the only physicist in your application class, you have a much higher chance of getting into law school than the 300th candidate with a business degree.

Knowledge in a specialized field will almost certainly help you in a career as a lawyer because there are so many different types of lawyers. Embrace the difference and be yourself. Don’t make your choice of an undergraduate program based on what you think law admissions officers favor. Follow your passions, curiosities, and strengths. Take a variety of college courses in disparate fields to show that you have a range of academic talents. In short, excel in your field.

There is one path that we do NOT recommend: the pre-law major. It sounds counter-intuitive, right? After all, the major is designed specifically for getting students into law school. So why don’t we recommend it?

A lot of law schools don’t think it’s as challenging to get good grades in pre-law as it is in other majors. This is because it doesn’t show any kind of subject specialization or excellence in a particular field. In fact, most top-tier schools don’t even offer this program anymore. This isn’t to say that you can’t get into law school in this major. If you score high on the LSAT and can demonstrate good grades, you can still be accepted, but your odds will likely be better along a different path.

The Top 10 Most Popular Majors of Law School Applicants

The most popular major of law school candidates is political science. There’s a reason why many successful politicians are lawyers—the link between law and political theory is very strong. Political science is the study of government systems, political behavior, and how the judicial system works. This is where a political science degree shows its advantage in law school. Students in this field often have a better understanding of how laws are created and executed as well as the history behind them. Political Science courses often cover foreign political and legal systems, as well as historical cases. These programs emphasize developing reading comprehension and writing skills in addition to public speaking skills. Political Science is one of the best majors for law school applicants.

Want to understand why people think, believe, and act the way they do? Psychology is the study of human behavior and the mental processes that fuel how people interact with each other and the world around them. Since the law is a system designed to govern human behavior, psychology can help lawmakers understand what kind of laws will have positive effects on society.  Through the psychology major’s coursework, students develop a solid understanding of how people can make correct or incorrect judgments that can lead to things like stereotyping, prejudice, or discrimination. Psychology courses also teach students how to network and prepare for negotiations.

A significant part of being a lawyer is understanding past precedent on different legal cases in the past. Is it any surprise then that history is a great major for law students? History students not only study the events of the past, but also study the way different legal systems have evolved, court rulings, treaties, and other legal agreements. Through the course work of a history major, students gain experience in writing research papers and learn how to draw on history to establish logical, concise, and clear arguments. They analyze diverse writings and conduct research into many dense, and difficult-to-comprehend texts—skills that are essential in law school.

Economics is a topic that has drastically altered the shape of the law. This is because many laws are enacted to adjust and correct economic behavior by businesses and individuals in the marketplace. Legal studies focus on topics that are rooted in economic analysis—torts, contracts, property rights, antitrust, business organizations, and regulations. In short, a study of economics is a study in the financial impact of the law. Because of this, economics is a great area of specialization for many potential law students because it remains a great area of focus after law school as well.

The granddaddy of all mind-stretching mental exercises, philosophy is a fantastic major that builds a student’s ability to think critically and argue. Law is heavily based on philosophical elements like ethics, and human nature—subjects that are commonly taught in a philosophy major. Philosophy is a difficult major. It requires students to think analytically and form logical arguments. It also examines moral, political, and legal issues with no clear right or wrong while asking students to render judgment. Because of the difficulty level, some law schools may look more favorably at a degree in philosophy than a degree in a field like Criminal Justice.

Sociology is a great major for potential law students because it studies the big picture of society. It looks at the social issues we face in our society like poverty, economic justice, racial discrimination, and LGBTQ rights. Sociology looks at the way the law can help, and how to develop solutions to fight inequality. In this light, sociology is a great area of focus for students that hope to one day end up using the law to affect public policy.

Students with a passion for writing, public speaking, or negotiation often gravitate to the communications major. This major focuses on team building, organizational communication, and conflict management as well as developing critical thinking skills. These are all transferable skills when it comes to transitioning into law studies. Communication majors are often required to stay abreast of current events and report on them in classes. This habit lends itself well to law school because it allows students to understand different trends and political climates.

When it comes to college admissions, the name of the game is usually to stand out from among your peers. There is no better way to stand out from the pack of law school applicants than with a science degree. While the degree may seem completely irrelevant to law, different areas of scientific study lend themselves well to specialized legal niches. For example, a biology or chemistry major may be interested in a career in pharmaceutical law. An ecology major might take up residence in environmental law. Science majors are challenging and require students to learn complex subject matter, analyze data, and arrive at provable conclusions. In this light, the skills required by the scientific method don’t differ too much from the skills required in legal work. Research skills, logical reasoning, and the ability to express your ideas are hallmarks of this major.

Other Arts and Humanities

Arts and humanities is a broad range of studies, but the reason why this is a popular major is that law schools look heavily towards the LSAT to separate candidates. Since the test doesn’t actually test for legal understanding, but rather reading, writing, and critical thinking skills, then your choice of an undergraduate degree is up to you to decide. That said, law schools tend to prefer students that have a wide range of coursework. A liberal arts degree in the humanities covers that requirement since students will often learn about different art forms, literature, cultures, and societies from around the world.

What Degree Do You Need to Be a Lawyer 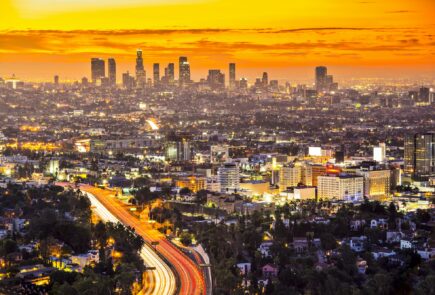 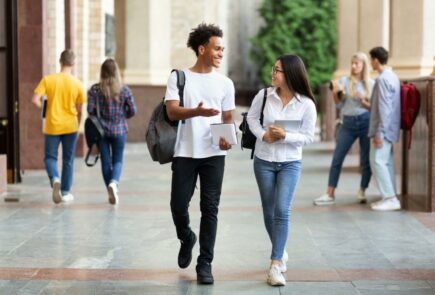 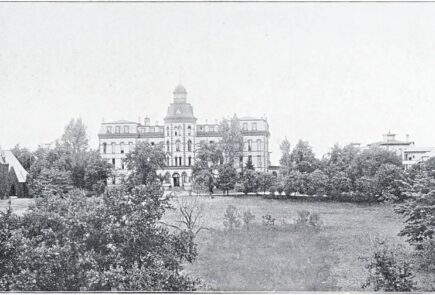