Graduate’s Guide to Moving to, Living, and Working in a New City

With college in the rearview mirror, it’s time for new grads to find their first job and a place to settle for the time being. And while many people stay near their college town or go back to their hometowns after finishing school (or move back in with their parents), there are just as many or more who plan to move to a new city once they leave those ivy-covered walls for good.

One recent survey found that 70% of college graduates entering the workforce planned to move to a new city. If you’re one of those wanting a new environment, don’t just pick up and move. Figure out the best city for you, how to make the move, and the best ways to find work and friends.

Everyone’s situation is different, of course, but this guide covers the basics that every new city transplant needs to know.

If you know you just want to get away but don’t know where yet, choosing a city is an important first step. Some recent graduates move because they’ve already been offered a job in a new city, but if you’re making a more deliberate decision about where you want to move, there are many reasons for picking a specific city.

Some people choose a city that feels familiar, somewhere they’ve spent time in the past. Sara Davine, a 2008 graduate of the University of Colorado, moved first to Atlanta for a job she’d been offered, but needed a change after living there for a few years. She chose to move to Chicago where she had vacationed with her family when she was younger and had visited many times after graduating college. It offered her big-city appeal while feeling more accessible than New York or LA because of her familiarity with it.

Knowing what the city has to offer can also help sway your decision. The number of jobs and the sectors that are hiring the most can be a huge motivating factor for a big move across the country. Christine White moved from New Hampshire to Seattle after graduating from the University of Massachusetts. She had tried her hand at finding a job in Boston before making the leap to a more promising job market. “Competition is so high in Boston for entry-level business/marketing jobs, since there are so many top schools concentrated in a small area,” White says. “I had more luck applying to positions I was interested in Seattle. I found myself applying to jobs in Boston I didn’t really want, just because I needed a job so badly.”


Other cities that have great job markets right now:

Further Reading: How to Format Your CV for Recruiting Agencies

The Right Place for You

Erik Bowitz wanted to find a place where he could improve his language skills, which for him meant immersion. He moved to Taipei, Taiwan, after growing up in Wisconsin, because he wanted to become fluent in Chinese, a skill he had started to learn when he’d studied abroad there. By looking at the skills you think may be valuable to your industry in the future, narrowing down your list of cities may be a bit easier.

Figuring out where to go is one thing; moving all your belongings and not breaking the bank is another. And let’s face it: you’ve probably acquired a lot of useless junk during your years in school. While that floor lamp you scored off of your favorite sorority sister crush might have some memories attached to it, ask yourself, “Is this item special or expensive enough to pack it up carefully, find room for it in a truck or ship it, and then unpack and find a place for it in my new home?” A lot of the time the answer is no.

“Think about it this way: if you can buy it on Craig’s List for cheap when you get to your destination, then get rid of it,” Davine suggests. “On that same token, selling what you don’t need is a great way to pad your pockets for the move.” Things like your bed frame, TV, and large furniture might be worth packing up, but if you can grab an item somewhat cheaply at Ikea or Target when you get to your new city, sell it.

If you’re flying to your destination, rather than packing up a truck and driving, you have to calculate the difference between the value of your furniture and the shipping fees. Amanda Gonzalez moved from Boston to San Francisco, and since she was flying across the country, she found that having her bed and dresser shipped so far would cost her more than just buying new furniture when she got to San Francisco. If you’re shipping anything that you’re going to need soon after you arrive in your new city, Gonzalez suggests sending them early so you aren’t stuck paying overnight or expedited shipping fees.

Which comes first: the job or the move? There’s no right answer to this question, and graduates take both paths to success. There are pros and cons to each, so make the decision you’ll be the most comfortable with.

Getting the job first

Landing a position before moving is probably the safest way to jump into a new city. You already know that you’ll have a steady source of income, understand what apartments you can afford, and will start meeting people right away. Some jobs will even provide a relocation allowance that can help ease the financial burden of moving somewhere new.

Looking for work from afar is not without its problems though. Face-to-face interviews are preferred by many employers, which can be difficult to arrange when you have to find time and money to fly across the country. In White’s experience, some companies wouldn’t even interview her until she had moved; they look for people they know are committed to the area. You may also be unaware of what salary you should ask for, since you may not understand the cost of living in the new locale.

Your research from afar will probably be done the same way you’d do it if you were in the same city: online. Research companies you’re interested in and try to connect with people you think could be helpful. To take advantage of that valuable face time in interviews, Gonzalez took a week-long trip to San Francisco before relocating. She arranged interviews both with companies that had specific openings she might fill and with companies she just wanted to learn more about. This type of informational interview can be useful for building connections and staying on a potential employer’s mind when a position opens up.

If a long trip isn’t a possibility or an interview pops up without the time to make arrangements, many employers will opt for an interview via phone or Skype. To ace a phone or teleconferenced interview, try these tips:

Moving without a job can be a scary step, but it can work out well for those who know they want to take on their new city no matter what. In-town job seekers have the benefit of making connections around the city, going on face-to-face interviews, and telling potential employers that they already live nearby and can start immediately. The job hunt can be excruciating and expensive, though.

Even with all the opportunities Chicago provides, Davine says finding a job was much harder than she expected. When she moved to Atlanta right after graduation, she had a job and everything felt “pre-packaged,” so to speak. But she moved to Chicago without a job and it took between six and seven months to land a position. The key for her was networking, something that was easier to do since she lived in the city where she wanted to work.

“Firing off application after application through standard online job portals is useless; it’s having someone who can talk to a recruiter or current employee on your behalf that makes all the difference,” Davine says. “In my case, knowing just one person made all the difference in finding my dream job.”

How to network in a new city:

Until you find a job, you have to have a game plan for how you’ll pay your bills. Davine had saved up a little nest egg before moving that she was able to live off of for about six months. She was also lucky enough to get some help from her family to make ends meet. Bowitz took a part-time job teaching English in Taipei until he landed a full-time job working remotely for a company based in San Francisco (a situation that allows him to live on an American salary in a country with a lower cost of living). Come up with a plan that you’ll be able to execute for the many months that it may take you to find a full-time gig.

When you moved off to college and had to make new friends, the process was somewhat simple. Everyone there was close to your age, most people were as new as you, and you all lived and studied close together. But when moving to a new city, the opportunities for finding friends aren’t as readily available. You have to put yourself out there to build your social network.

Besides networking events for your industry, which double as job- and friend-finders, joining meetup groups for your interests can be a great way to find some common ground with other city-dwellers. Facebook groups can tip you off to some in your area, or you can take advantage of the popular site, Meetup.com, to find one or create your own. You can also take exercise classes, join clubs and sports teams, and find alumni groups in your city to help you feel more at home.

“I think the best way to dive in is to join a group of some kind — an alumni club, join a kickball league, or find professional group related to the field you’re in (or want to be in),” Davine suggests. “Joining local neighborhood associations or volunteering is a great way to meet people and network, as well.” Even if you only find one good friend through these ventures, you can expand your group of friends by meeting his or her friends and acquaintances.

You should also take the time to learn about the city you’re living in — where you like to hang out, where you should take your parents when they come to visit, neighborhoods you want to avoid. “Once you get past all of the typical tourist attractions in your new city, talking to locals and new coworkers about places to go helps you find new and exciting things about the city,” White says. “And go for a walk! Walking allows you to discover things you normally wouldn’t in a car.”

Starting over in a new city isn’t an easy task and requires an adventurous spirit. Making the big move takes planning, finding a job takes patience, and finding where you fit into your new location takes some effort. But thousands of college graduates and young professionals make the leap successfully each year and if you prepare yourself and choose the right city, you can be one of them. Find a city that’s good for both your personal and professional life for the best chance of being happy in the long run. 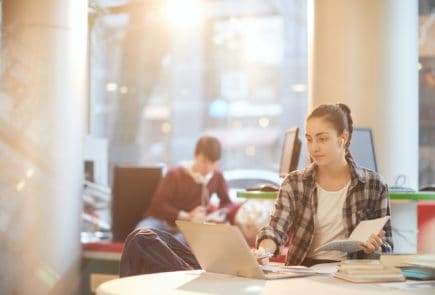 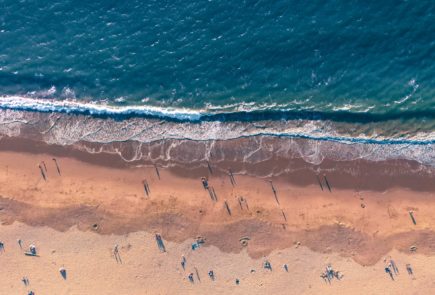 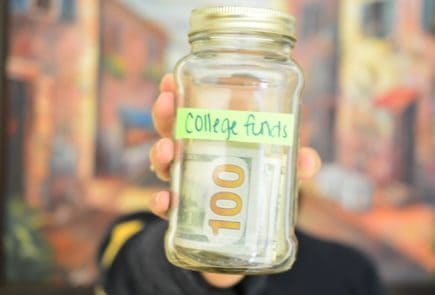 Creative Ways to Save Money for College Students