The Most Affordable Community Colleges in California

Community Colleges offer a way for students to lower the cost of their overall education by first attending community colleges then transferring to 4-year universities. Four-year public university tuition for in-state students was $9,173 and $38,511 for private non-profit four-year universities for the 2014-2015 academic year.

When you do the math, it is easy to see why transferable credits earned at two-year community colleges is the best way to optimize your learning dollar.

Overall, California ranks 20th in the nation for Graduation + Transfer Rates at 39.0%. Even more impressive than the graduation and transfer rate is California’s first-year retention rate which stands at 88.4% which is 2nd best in the Nation.

Recently, college student loan default rates have been on the rise with a national average of 13.7%. California stands below the average at 12.7% which is 27th in the nation.

The following list of California community colleges was compiled gathering data from the U.S. Department of Education College Affordability and Transparency Center and each school’s website. The order of the list is based on tuition in ascending order, the number one ranking offering the cheapest in-state tuition.

The Most Affordable Community Colleges in the Golden State 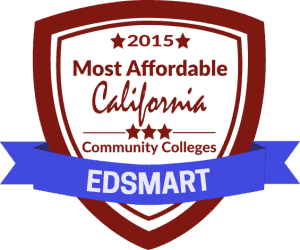 College of the Siskiyous

Saddleback College offers the highest graduation + transfer rate for affordable community colleges in California. It is one of the best schools for transferring to UC Santa Cruz, UC Davis, UCSB, UCLA, UCI, and UCSD. Saddleback awarded 2,541 degrees and certificates in the 2013-2014 academic year. They also serve more than 1,300 veterans each year with great veteran support services.

Cañada College is one of the smallest community colleges in the San Francisco Bay Area. Because the school is located atop a hill, students and locals alike love to stop at Cañada to see the beautiful vista of the whole valley. Students claim that Cañada is the nicest of three community colleges in San Mateo County. With small, more personal classes, students enjoy the accessibility  they have to professors. This community college also offers a program called College for Working Adults, which allows students to earn up to 60 fully-transferable credits while working full-time.

MiraCosta College was the second community college to be established in San Diego County. Miracosta offers a number of arts, music, theatre, dance, film and cultural events for its students. Students praise the school for its beauty, cleanliness, amicable professors and quality of education. One transfer student is quoted saying, “Great campus, good students, awesome courses, and excellent educators! It’s worth it and I’m actually learning something here!” Students tend to transfer to UC and CSU from MiraCosta.

Sacramento City College provides outstanding academic and vocational training by offering 212 degree and certificate programs. SCC offers students great resources, activities, a clean campus, and many nice and helpful professors. A former student reported, “This is a place where many get a second chance at life, and some can start their higher education without spending 5K+ a year in a four year college.” SCC also offers a VA program to assist veterans on their journey. Students often transfer from SCC to CSU and/or UC.

San Joaquin Delta College helps their students achieve success academically and in life. 1,523 students will graduate this year with 2,043 AA and AS degrees awarded. Many current and former students praise this school for their incredible teachers, a high amount with PhDs. An alumni of SJDC stated, “I look back at SJDC as one of the most formative periods of my life….Junior colleges are the embodiment of the American dream. If you don’t have a high school diploma you can still come here and train for a job that will provide you with a living wage via one of the vocational programs.”

American River College was the 61st community college in California. Last year alone, the school awarded 2,440 degrees and 1,365 certificates, a total of 3,805 awards. ARC is home to 42,141 college students. ARC saw 1,080 CSU and 234 transfers during the 2013-2014 school year. Students praise the school for amazing, notable professors. One student writes, “Excellent community college. They do a wonderful job of preparing you to transfer to a UC, CSU or private school. Their counselors help keep you on track, and encourage you to visit other schools.”

Antelope Valley College offers students AA and AS degrees in 71 fields and certificate programs in 59 vocational areas. AVC provides some of the most advanced educational opportunities for students to further their education. There is a child care program for those who need someone to watch their little ones while they are learning. An alumni offers this insight, “AVC is also the #1 community college that exports most transfers to UCLA and USC, so the education speaks for itself. It’s a great place to do your first 2 gen ed years at a reasonable price, even if you don’t get financial aid.”

Barstow Community College is an open-access learning environment that promotes critical thinking, communication, personal and professional responsibility, and global awareness by offering quality courses, programs, and support services. Enrolling in one of Barstow’s many career and technical education program options will enable you to enter the workforce with a satisfying career, enhance your academic skills, and pursue personal enrichment. A current student reports, “Working on my associates degree here, and every course I took has been fantastic. All of my instructors have been helpful and fair. This campus is small but beautiful. Great campus.”

Cosumnes River College adheres to its motto, “Seek Knowledge.” This California community college offers more than 100 career and technical degree and certificate programs. CRC provides an inclusive learning environment and creates dynamic opportunities for the intellectual growth of students, staff and community. Renee B. from Lone, CA stated, “I’ve had evening classes, online classes, early morning classes, and summer classes, and all my other professors were great. I’m kind of sad to be leaving, and I’m not sure the community college experience could have been as good anywhere else.

Copper Mountain Community College prepares students for transfer to private and state colleges and provides vocational training in accounting, administration of justice, automotive technology, fire science, nursing, early childhood education certification and computer technology. Students praise the school for helpful staff and encouraging professors. A former student reported, “Copper Mountain College is a great school for a community college. A majority of the teachers I’ve had are exceptional and have great communication with their students.”

Skyline College offers excellent education opportunities to students from all over the San Francisco Bay Area. Skyline is located in the beautiful hills of the Bay with great views of the water. Denis L. of Redondo Beach, CA offered this insight when asked about his experience with SC, “Scared away by some ratemyprofessor reviews, I reluctantly enrolled in some prerequisite classes. What I found were professors in small classrooms willing to get to know and help their students if only they reciprocate. These under-appreciated professors are providing their knowledge and support to the next generation of working class members of society.”

Victor Valley College offers nearly 40 major courses of study, with the most popular being liberal arts, registered nursing and business management. VVC gives students the chance to find an area of interest and work towards a satisfying career. This school provides online courses that augment on-campus classes. A student recently noted, “This college is a great stepping stone to where you want to go, they provide all the resources to achieve in a college setting.”

Yuba College provides programs to address student academic needs and an active student life experience to help prepare students for professional life. Students at Yuba are most likely to transfer to Chico State, California State University, Sacramento, or UC Davis. A former student states, “Yuba College sports some of the best professors on the planet. The staff are easy and pleasant to work with. I highly recommend this college.”

Lassen Community College provides outstanding programs for students pursuing higher education goals. LCC serves students, both on campus and in outreach areas in its effort to build intellectual growth, human perspective and economic potential. The college offers a beautiful view of the Sierra Nevada mountains. Former students report, “The staff is very welcoming and the campus is very safe. Also, there is a lot of help provided at this school. It not only serves the local community but also international students.”

Congratulations on making this year’s list of Most Affordable California Community Colleges. Feel free to add this image to your site to show your students your achievement. 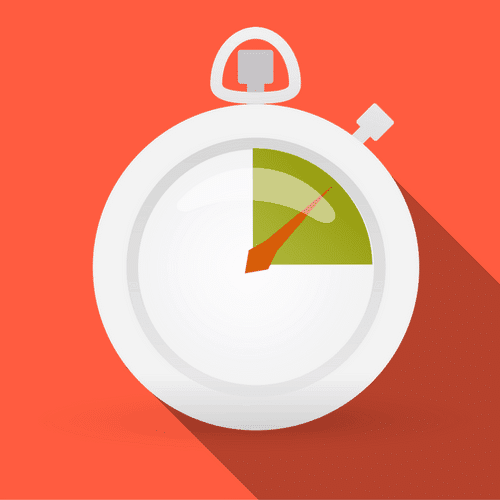 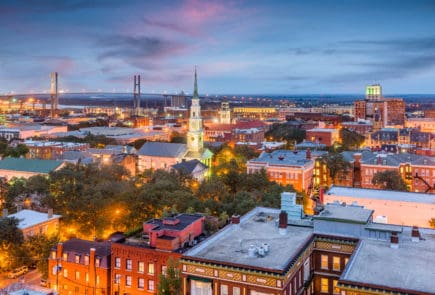